When you’re new and just getting started things can be tough. Maybe you’re shy about your art, maybe you don’t have the money, or maybe it’s just not the right time in you’re life. A million and one things can stand between you and the things you want to do. Getting through those obstacles is all about baby steps. And as a couple of newbie bloggers and would-be artists, Julia and I know a lot about baby steps! 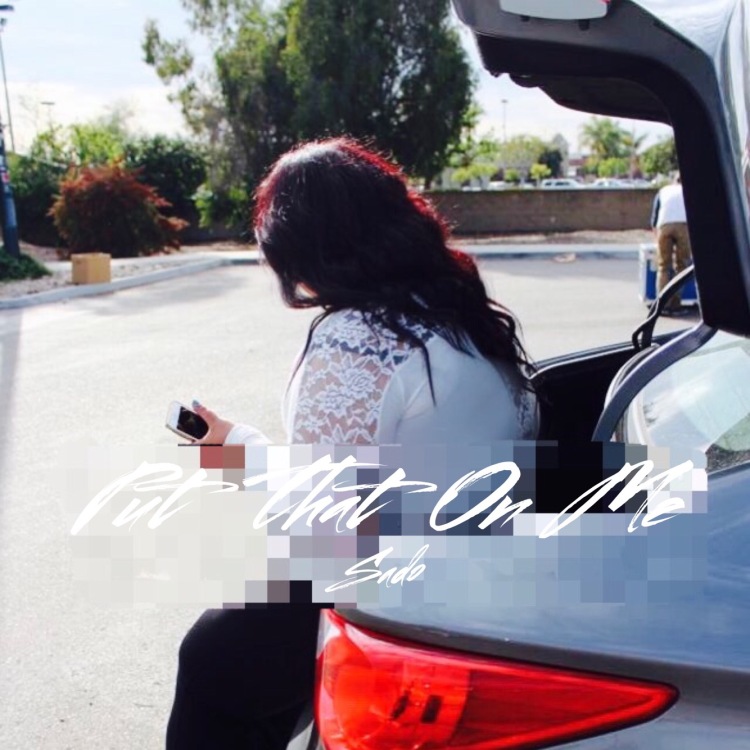 So I thought to myself, ‘let’s celebrate someone who’s just starting out!’ and so I present to you the future award winning singer: Sado Nur. She is a twenty-four year old Ottawa local who has been singing her whole life, and two years she took it to another level by stepping into her first recording studio!

Her life is a hectic one – she already has a lot to balance between her family and work, so it’s hard to find recording time. But she remains optimistic and works with what she’s got! Her efforts have definitely paid off with three recorded songs, and another one coming soon. When she’s not in the studio, you can catch her watching Harry Potter for the millionth time (so yes, she’s a Potterhead, which makes me like her even more), blasting bangers from her car, and writing song lyrics in her bedroom (or as she calls it, the Gryffindor Common Room).

How did you first get started?

S: Honestly, I’ve been singing for as long as I can remember. My mom constantly reminds me about how I put on shows for my aunts and uncles in my living room as a child and how I literally would force my family to watch me “perform”. I also remember when I joined the choir and took lead singing O’Canada every chance I got in Elementary and Middle School. But once I entered High School as a freshman, I decided to lay low in school because I didn’t think I was really any good. That kind of changed in freshman year.

In 2009, I decided to start posting covers on YouTube (I cringewhen I watch them now and most definitely put them on private haha) just to see what others would say. Although I got a pretty good response, I still was too scared to share that I could sing with my friends at school. That all changed in my senior year of high school when I decided to try stepping outside of my comfort zone for the first time. A friend and I decided to start singing at talent shows and other school events and it really gave me the confidence I needed to continue throughout my senior year.

After High School, I decided to lay low again but this time opted to staying active on social media. I posted covers on Facebook, YouTube, Twitter and eventually Instagram until in 2016 when I decided to actually step into a studio. 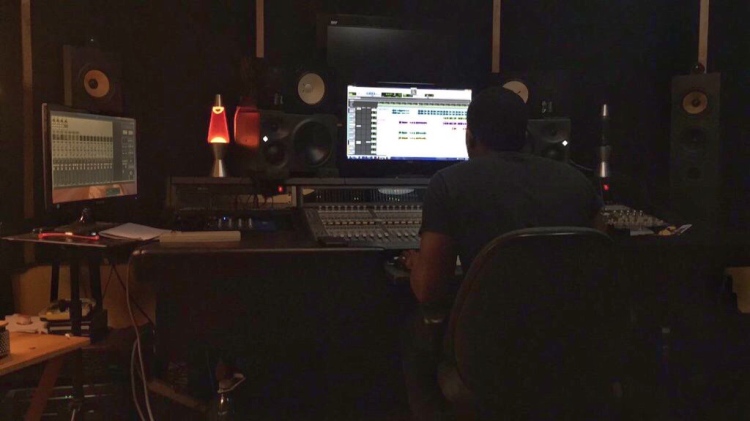 How did you meet your producer?

S: So, my New Years resolution for 2016 was to step out of my comfort zone again and record in an actual studio where people other than my immediate family and close friends would hear me. Sometime around January of 2016 I emailed the first recording studio I found on Google called “Audio Valley” & I sent in the email just saying I was a newbie who wanted to record R&B music and needed someone who was willing to show me the ropes.

That’s when I was introduced to Trey, my sound engineer. So the “team” right now is super small. It’s basically just me and Trey haha. But unfortunately he’s moving to chase some dreams of his own in the fall so I’ll probably have to find someone else in Ottawa to record with, which sucks but is also life! Gotta take the “L” and keep it moving you know?


S: I genuinely love the art of it. I’m not as creative when it comes to visual arts (I’m literally probably the worst at drawing ever) but with music, it comes easy. My intentions with making music are not about “making it” as much as they are creating something that people can feel connected to. To make a record that genuinely makes someone happy or makes someone want to get up and dance, that’s where it’s at for me.

Which artists inspire you?

S: I grew up on a lot of the staple early/mid 2000’s r&b artists like Destiny’s Child, Craig David, Ashanti, and my biggest inspiration as a child, Aaliyah. Now-a-days, I’m super inspired by an artist named Kehlani. I found out about her about 2-3 years ago when a mutual friend tweeted out her first song “Anti-Summerluv” and I truly fell in love with her sound. Her vocals are crazy and in my opinion, she’s really what R&B needs right now.

Special Mention: Bryson Tiller is also probably/definitely a top 3 favourite artist of mine right now. I just feel like every song of his is legit a banger no matter the pace. Plus he’s bae so you know …

When will we hear more from you ?

S: Super soon! I’m hoping within the next two weeks if all goes well. Hoping to put out a mini project sometime early 2018 so watch out for that. I’m consistently posting covers on my social media stories on IG/Snapchat so be sure to follow me there as well.

Watch out for Sado’s next song… 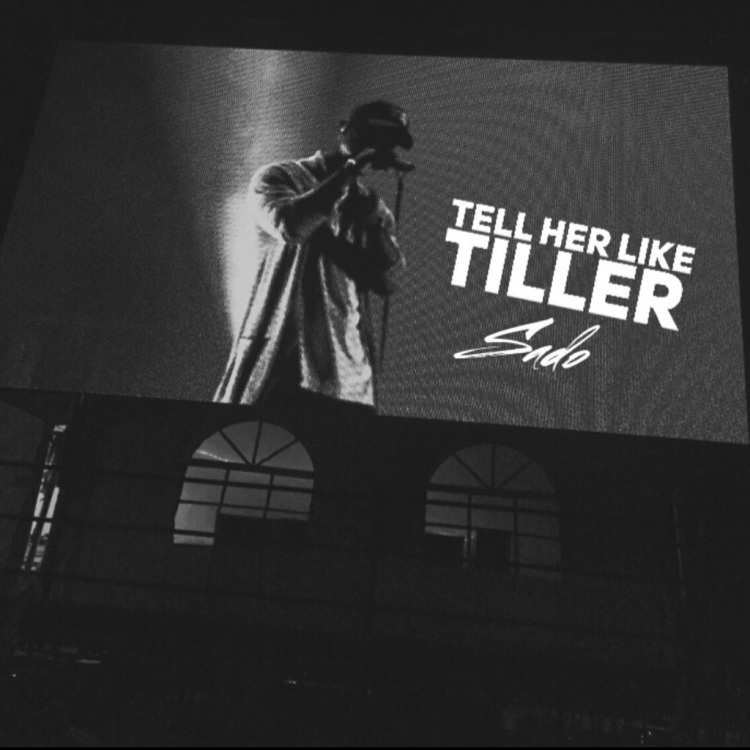 I’ve been pretty busy with moving lately but I’ve still been making some time to do a bit of reading! To be honest this year I’ve been super into graphic novels and manga, more so than novels 😅
Every year Alia & I select our favourite @popsugarreading prompts to try. – J
“𝘙𝘦𝘢𝘭𝘭𝘺, 𝘵𝘩𝘦𝘴𝘦 𝘸𝘪𝘻𝘢𝘳𝘥𝘴! 𝘠𝘰𝘶'𝘥 𝘵𝘩𝘪𝘯𝘬 𝘯𝘰 𝘰𝘯𝘦 𝘩𝘢𝘥 𝘦𝘷𝘦𝘳 𝘩𝘢𝘥 𝘢 𝘤𝘰𝘭𝘥 𝘣𝘦𝘧𝘰𝘳𝘦! 𝘞𝘦𝘭𝘭, 𝘸𝘩𝘢𝘵 𝘪𝘴 𝘪𝘵?" 𝘴𝘩𝘦 𝘢𝘴𝘬𝘦𝘥, 𝘩𝘰𝘣𝘣𝘭𝘪𝘯𝘨 𝘵𝘩𝘳𝘰𝘶𝘨𝘩 𝘵𝘩𝘦 𝘣𝘦𝘥𝘳𝘰𝘰𝘮 𝘥𝘰𝘰𝘳 𝘰𝘯𝘵𝘰 𝘵𝘩𝘦 𝘧𝘪𝘭𝘵𝘩𝘺 𝘤𝘢𝘳𝘱𝘦𝘵.
✨ HAPPY NEW YEAR ✨
I can’t believe it’s December already!! 2020 both flew by but also felt like it lasted half my life 😭 I’m trying to think of New Years resolutions but so far I haven’t been able to come up with anything good... do you guys have big plans for 2021? — A
South Korea holds a special place in our heart & we’ve been wanting to read #Pachinko by #MinJinLee for awhile now. We were so glad it was @subtleasianbookclub’s November pick!
my friend was downsizing his single issue comic collection so i grabbed this series~ absolutely no idea what it’s about but the art looked fantastic! — A
“It is a truth universally acknowledged, that a single man in possession of a good fortune, must be in want of a wife.”
HAPPY 🎃 HALLOWEEN! Please be safe this spooky season especially if you’re living in a modified Stage 2 region.